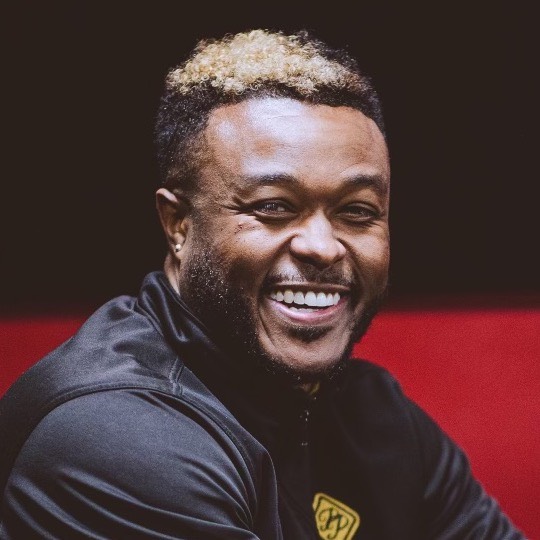 My name is Bryan Williams, I’m 34 years old, and I hail from Tulsa, Oklahoma. I am the oldest of four children and the son of Jennifer Williams and Bryan Eason Sr. My mother and grandmother were always my biggest role models and fans, as my father wasn't often present in my life and upbringing. My beginnings were those of humbleness, and not growing up with very much money or means, seeing as my mother was a single parent. That being said, I always looked for an escape in sports. For as far back as I can remember I have always been very active and athletic. I’ve participated in sports since I was a kid, starting out playing pop-warner, which is where I fell in love with football. As I continued to play throughout grade school to college, I always imagined myself making a career of the sport. So, when I graduated high school in 2004, I was offered a partial scholarship to play football for a small college in Lamoni, IA, called Graceland University. After the completion of my first year there, due to some financial issues pertaining to my partial scholarship I decided to move to California in hopes of a new start and opportunity to play football at a college in California. So, in 2006 I moved to Long Beach and began playing for Compton Community College. I played for them for a few years, and in 2008, a few weeks before I was scheduled to move to Texas to play for a Division 1 school, my entire world and all of my plans changed. On July 16, 2008, I was leaving a friend’s house in Compton, on my motorcycle and got into an accident that left my paralyzed from the middle of the chest down. And just like that, my dreams of playing professional football were shattered and my entire world changed. I spent 6 weeks in the hospital and rehab, and then sent home to start adjusting to my new life. For about a year, my family moved to California to help me with my recovery and adjusting to my new life, but had to return home to Tulsa to continue their lives. Now I was on my own and had to figure it all out alone. I remember being in such denial for a long time, and as you can imagine, my spirit was shattered and I was very depressed. It wasn’t until almost a year and a half after my accident where I began wanting to go out again and spend time with my friends and getting acclimated to life now in a wheelchair. I began driving again, working out at the gym on a regular basis, and eventually, 2 years after my accident I decided to go back to school to finish what I started and obtain my degree. With some hard work, I graduated California State University Dominquez Hills in 2013. Continuing to workout in the gym almost everyday, people started to take notice and come over and compliment and tell me how I inspire them. That being said, I decided to start not only training myself to physically and mentally become stronger and healthier, but I also started training others. Seeing how much progress I was making, I made up my mind that I wanted to participate in a wheelchair bodybuilding competition. In 2014, I participated in my first show, and obtained my Pro-Card in wheelchair bodybuilding, and by my second show I came in first place. My clientele continued to grow as I continued to be a presence in the gym and word-of-mouth spread, which gave me the idea to open my own fitness studio. On the 7th anniversary of my accident, July 16, 2015, I opened up the doors to my very own fitness studio Painful Pleasure Fitness. In just the few short years my business has grown to 62 clients, all of which I train in groups and individually for fitness competitions and for individual reasons of just wanting to and look and feel healthier. I’m currently in the process of looking for a new location in another city to open another studio, and I’m hoping in the next year, that will be yet another accomplishment I can add to my list. It’s funny, because looking back to almost 10 years ago, and where I’m at now and how far I have come and grown, I would have never imagined myself here. I remember feeling so lost and defeated at times, but by the grace of God and his unconditionally love and trust in and for me, I see nothing but bigger and better things for my future. I hope to do nothing but grown even more from here and I hope to be an inspiration to others, that no matter how hard things may seem, and no matter how dark their world may appear, it can, it does, and it will get better if you just trust in God and believe in one’s self. I always say, if you can conquer to mental, and have control and peace of your mind, you can do anything, nothing in this world can defeat you. And, as I have etched in the floor of my fitness studio floor, I shall “walk by faith, and not by sight”. All the glory to God!

Get your first 2 sessions for only $58 when you start now with Bryan! You will be entered into a 4 session subscription when your third session is scheduled or 2 days after your second session is completed, whichever comes first, unless you cancel.