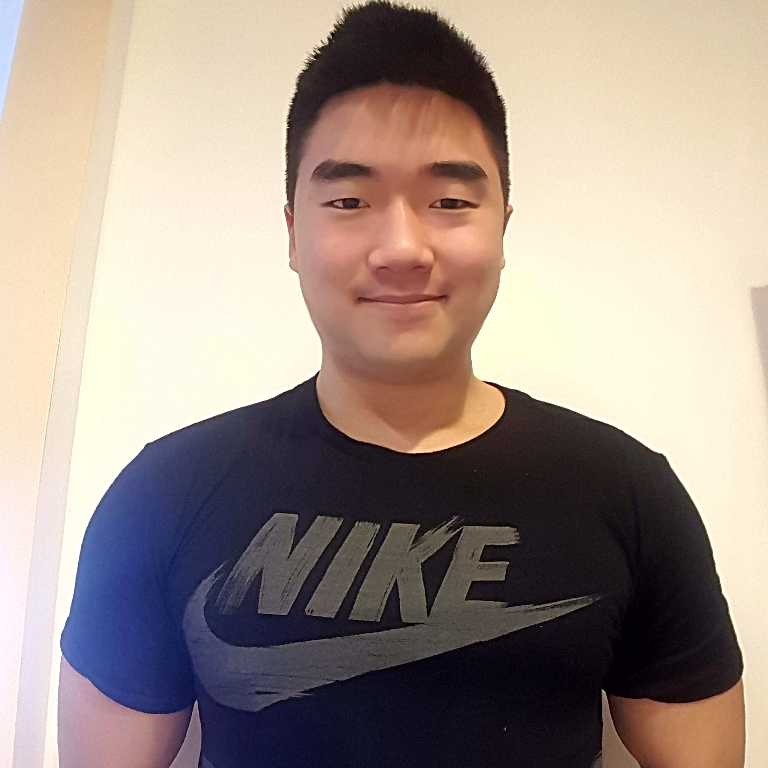 I have been working and training people of all age groups for the past 4 years. My passion started when I was witnessing trainers at gyms who never really cared for their clients. I want to be able to provide not only customized and tailored training programs, but nutrition advice as well. I believe in helping clients create better habits and living a better life style. That is the reason why I became a GetUpNGetFit Health & Wellness Coach, so I can provide more than just a training session.

With my education and background in exercise science I am confident in my skill set in helping people achieve their goals. I have worked with athletes, youth, middle age, and pre/post natal clients in the past. My session will be challenging, but rewarding as well. I believe in working with my client as a team in order to accomplish their goals.

BA in Fitness and Wellness Leadership

I am a 59 year old female who has been diagnosed with osteoporosis. I decided to fight the disease with exercise and diet. I was able to have Terry Lin as a Personal Trainer, assigned to me while he was studying at Plattsburgh State University. I have nothing but praise for his work. He developed a routine for me and stuck with it. There was no time wasting and he was completely dedicated to the program. He pushed me to achieve things that I wouldn’t normally have imagined that I could do. He was encouraged and supportive. The program paid off and my T-Score approved. I would highly recommend Terry as a personal trainer.

I can't say enough about Terry. He has been a gift from God! Terry interned with GetUpNGetFit LLC for 2 years and during this time he exemplified skills beyond his peers and other seasoned veterans with in the Health and Fitness Field. Terry attended the same college where I attended, Plattsburgh State University. He majored in Fitness and Wellness and was mentored by the same mentors that mentored me while attending Plattsburgh State University, so I knew from the start that he was off to a good start. This was made cleared when I saw his work ethic and training skills in person. I never hesitated when it came to offering Terry the position of becoming a GetUpNGetFit Health & Fitness Coach. This has been one of the best decisions I have made as an employer. Terry is a genuine person, phenomenal trainer and cares about his clients wellbeing as well as seeing them achieve their health and fitness goals. I entrust him with bearing the GetUpNGetFit name.

We've both had the pleasure to have been trained by Terry Lin. To say that it was a positive experience would be an understatement! Terry has the innate ability to push and motivate you in a manner in which you don't realize how hard you are working. He's extremely organized, professional and most importantly, knowledgeable about exercise and physiology. He's flexible and able to adapt workouts to all ages, genders and abilities. After finishing a workout with Terry, you leave the gym feeling accomplished, satisfied and looking forward to your next workout session . We highly recommend Terry Lin to help you meet your fitness goals. Sincerely, Peter and Carla Ensel

I am pleased to give this recommendation on behalf of Mr. Terry Lin, who was my personal fitness trainer for twelve weeks, from January to April, 2016. Terry is a student in Plattsburgh State’s Fitness and Wellness program, and trained me as part of his Fitness Field Experience. Terry was excellent, thoroughly professional, knowledgeable, and mature. I met all my training goals and Terry laid the groundwork for my future growth. Terry was self-confident, knowledgeable, thorough and obviously dedicated to my success. After discussing my goals and my past training, Terry put together a plan of twenty-four sessions. Every session began promptly and used the full sixty minutes. He had both a vision for the semester and a varied repertoire of activities for each challenging but enjoyable session. Terry was mature, motivating and personable. His knowledge gave me full confidence in him. If I could not do something he could switch to any number of alternatives, or position changes, always finding one that accomplished the goals. He explained and demonstrated variations. If I had a question about some exercise or about training in general, he always took time to answer thoroughly. Throughout our sessions he balanced challenge with support and encouragement. Terry’s helpfulness didn’t end with our session. I kept notes for future workouts and sometimes I emailed Terry with questions. He always replied immediately and completely. He encouraged me to contact him any time. Terry added good body mass while improving my exercise muscle awareness, breathing and posture. My breathing and posture also improved in my everyday activities. I am 73 years old with a lifetime of bad posture. Terry’s focus on my workout posture has spread to my posture driving the car, sitting at the computer, or standing in the classroom. This is life-changing training. Terry also helped me with an on-going problem, an occasional pain in my right hip. I have consulted with an orthopedist, my general practitioner and a physical therapist and the results were inconclusive. Each of my trainers has approached this issue differently. Terry strengthened everything in the hip area: glutes, flexors, abductors, adductors and hamstrings through careful but challenging exercises He continually checked my form/posture from all angles, giving me reassurance when I did squats at the higher weights. I was at first wary but I progressed to a level that I didn’t think possible, and with no pain. Terry should have great success in his professional career. He is bright and articulate. He can explain verbally and he can demonstrate effectively. He is an excellent listener. He is a great encourager. He is very patient. I was grateful to have him as a trainer and I wish him the very best. Yours, Richard M. Mikkelson, Jr. SUNY Distinguished Teaching Professor of Art